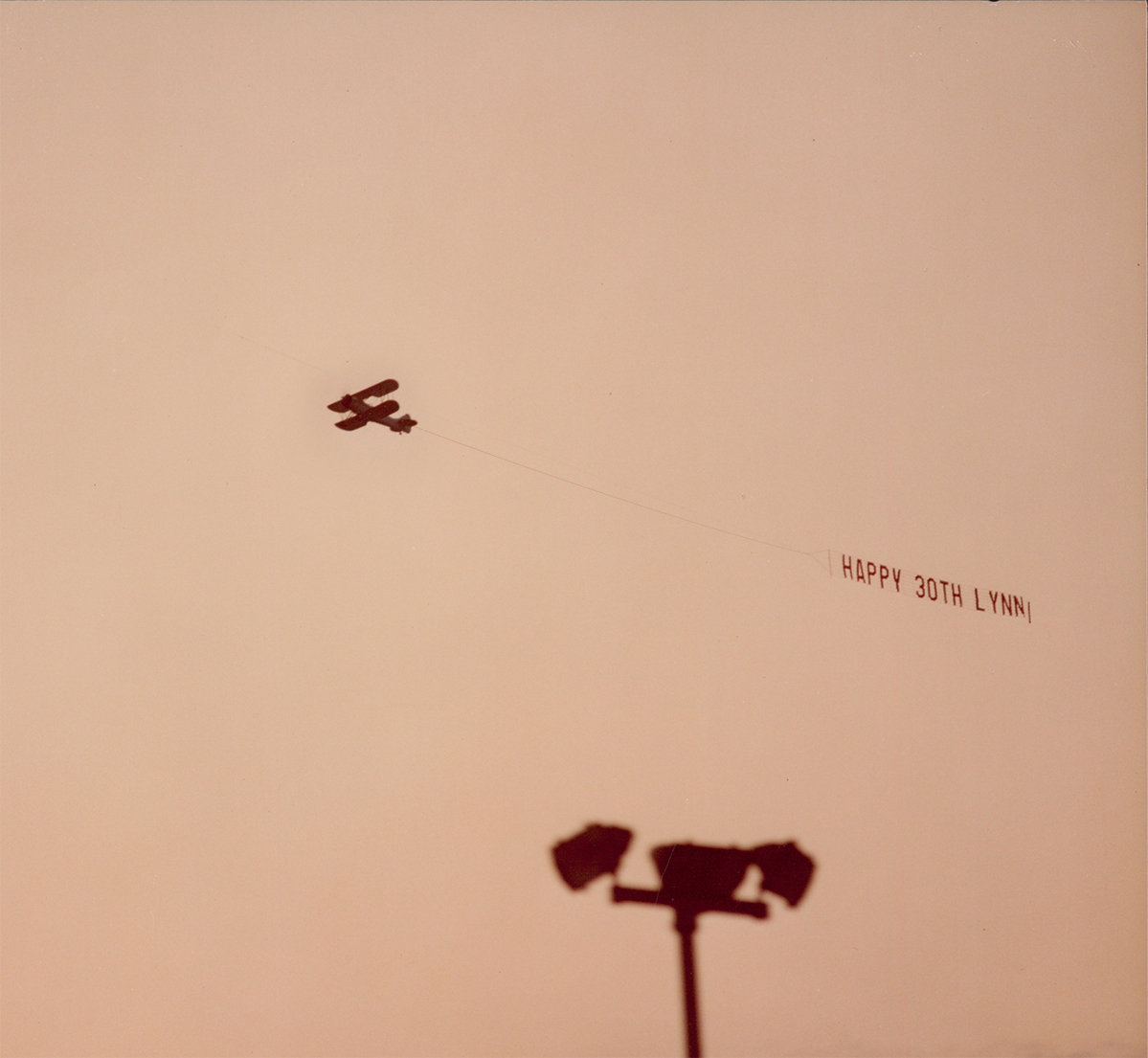 There was a lot of advice I wish I had received as a kid. A lot. Perhaps, sometimes, I was given the advice, but I was too cocky and rife with pre-teen angst to listen. Either way, there were multiple times growing up when I let myself fall short.

One such time was my mom’s 30th birthday, in the year 1983. At a party like this, during a time like that, there were bound to be a few spectacles. It was held on our farm, on an expanse of land in the backyard that was just big enough to house the 90 or 100 people there. Amidst the vast array of adults in glittery black tie and doused in hairspray, there was 7 year old me who just wanted to dance.

With the live band belting out sensational adult contemporary ranging from jazzy 50’s swing to bluesy motown, the party had a phenomenal soundtrack that had me itching to let loose, though I resigned myself to merely tapping my foot in a mildly anxious manner.

Next, I can remember it happening as clearly as if it was just last night. The live band had started performing Michael Jackson’s “Thriller”, which had just recently come out. Just as the undulating beat began, I heard my dad beckoning to me. “Jeremy! Jeremy! Come out, there’s a song I want you to dance to!” He knew that if I was given the opportunity to pair up with that song, I’d blaze through the dancefloor as if the beat was on fire.

But I didn’t. Instead, I stayed where I was, completely hidden from the party.

Concealed behind the fenced in horse stables, I warily peered out from behind them to gaze at the empty dance floor that seemed to be calling just to me. It was beckoning to me as clearly as my dad was just a moment ago and, man, did I want to answer that call. Everybody was cheering for me, trying to coax me out of my hiding spot. I’m sorry to say that I was so deeply married to said hiding spot that I might as well have hung up pictures and paid rent. Eventually, the cheers died down, feet moved to fill in the dancefloor and, just like that, my moment to shine was gone.

I don’t know what it was, whether it was nerves, pre-emptive embarrassment, fear, or a debilitating cocktail of all three but this was the first of many times where I just opted out. I couldn’t do it. Everybody has those moments in their lives, and I’m sure you will, too.

Fast forward to 1989, I’m a lanky 13 year old with my parents on their last attempt to save their marriage: a cruise. Thanks to my height, I was able to blend in with the people who were the paramount of cool to a mere 13 year old: 15 year olds. Specifically, I remember a girl, Joy, and a guy, Asa, from the West Coast who, thankfully, didn’t seem to mind having someone younger around.

One night we were frequenting the ship’s nightclub, which always had a two or three hour time slot around 8pm that was reserved for kids and teens only before it was handed over to the adults for proper clubbing. This was the first time I’d ever been in a place like that so the neon lights and booming music felt especially infectious. I was unenergetically swaying with my new friends on the sidelines when suddenly I heard those iconic first few beats to Young MC’s “Bust a Move” blare over the sound system.

That single had just come out that year and it was my song. I thought it was so hypnotizing that it felt almost blasphemous to not do what the song instructed. So, I busted a move.

I was 6 years older and just wise enough to know in my heart that I couldn’t have a repeat of what happened last time. I started to feel the rush of nerves but, this time, I embraced them and refused to let them consume me. The dance floor was relatively empty, with just a few stragglers here and there, so there was plenty of room for me to let go with reckless abandon.

At that moment, I was the coolest person at sea, the poster child for sick moves. My leg-work was undeniable, my rhythm was slick, and all of my pops synced perfectly with my locks.

As if the moment couldn’t get any better, I locked eyes with Joy (who I’d begun to feel sweet on, having spent so much time together) and it was like a fog had lifted. I could read it on her face that she no longer saw me as the sweet kid addition to their group; in her eyes, I’d matured into something swoon worthy.

Later on that same night, Joy gifted me a kiss. Even though I would catch her holding hands with none other than Asa in the cruise movie theater just a couple nights later, my memory of that night would not grow sour. I’d finally been able to redeem myself from that night at my mom’s birthday party so many years ago. Nothing was going to take that away from me.

Most importantly, I’d found my courage to let myself loose and move, not worrying about my cocktail of apprehension and what-ifs. By being myself, by actually getting off the wall and busting a move, I felt that special sort of elation that only comes from successfully putting yourself on full display.

Not to sound like an after-school special, but there’s a special kind of freedom that can only be achieved through being yourself. Don’t be reckless, don’t be inconsiderate, but be sure to live your life the way you want to, always. The bonus to doing so is that the right kind of people, the people who will like and accept you for you, will always follow. Never be afraid to do you. Never be afraid to bust a move.

“Says she wants to dance

to a different groove,

Now you know what to do, G